If you ever want to feel really REALLY shitty about yourself:

Leave important people out of the obituary.

Yes, I’ve done that. Me, the editor. The supposedly thoughtful, sentimental one. And let me tell you, add that feeling to the general crumminess of grief, and you have the perfect recipe for a clammy pit of self loathing. 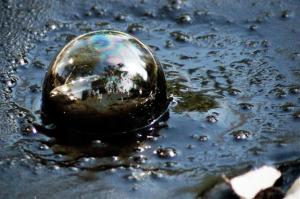 May my misfortune teach you something.

Here are five things I learned about how to apologize for something beyond the normal realm of, “I’m sorry.”

If you’re not sincere, it shows. If you are, they’ll know.

2. Sooner is better than later.

If you’ve done something big enough to warrant an apology, they won’t just “forget about it.” It will fester, and it will only get worse. As the afflicted told me (between relieved sobs–further crushing the blow), they wouldn’t have ever said anything, but they were so glad I did.

Be so glad you did.

3. Say what you would want said to you.

Don’t delay your apology spending time trying to find the right words. You may never find just the right words, and that’s okay. The words don’t even matter so much. The message does. If you were in their shoes, what message would you want them to convey to you? Say that.

Even if you have valid excuses, don’t muddy your apology by throwing them into the mix. Every action is spurred by a million other little actions, many of which may not have been in your control. But a true, heartfelt, and (hopefully) forgivable apology takes full responsibility and leaves nothing to waffling or speculation.

If you are truly horrified by what you’ve done, there’s another person you need to make amends to: yourself. I’m discovering this is the hardest part of being sorry. Sure, you might apologize and get that reprieve you’ve longed for, but your work isn’t done yet. That forgiveness needs to be reflected back into your own heart. It will take time. No one is perfect (as much as we may spin our wheels trying to get there), and you need to follow the lead of the one you’ve hurt.

If they can forgive you, so can you.

One thought on “How to Apologize”