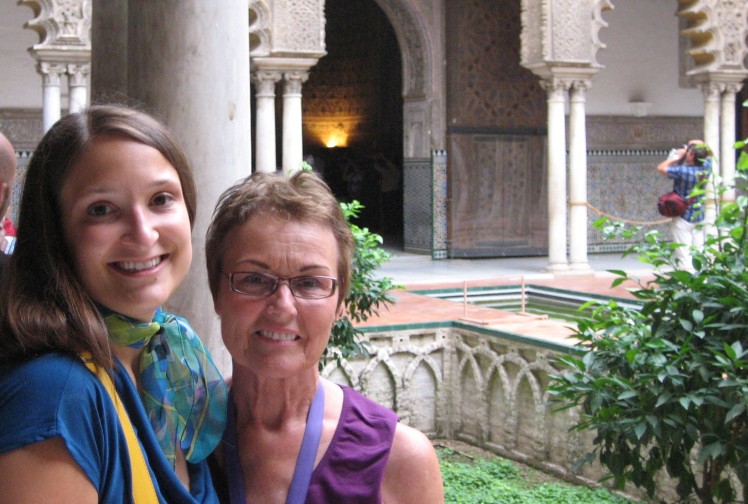 Every woman needs to know this before your next mammogram.

It could save your life.

So why do you need to know this? Because …

2. The denser your breasts, the lower your chances of finding early stage cancer via the current screening method: mammograms.

Traditional mammograms are great for catching tumors in fatty tissue, but in dense breasts, it’s much more difficult (if not impossible). 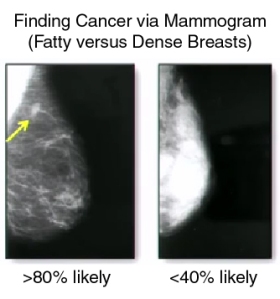 3. Women with denser breasts now have another option: MBI.

Why? Because of Deborah Rhodes, who cared enough to really listen to her patient. Her concerns led to a serendipitous chat with a nuclear physicist, who then helped her develop a cheaper, more effective solution for women with dense breasts: Molecular Breast Imaging or MBI.

This women is a hero, in my humble opinion. She’s devoting her life to this cause and not taking money for it. Skeptical? Watch this video. You will be amazed, at both her passion and the difference between the tumor pictures from traditional mammograms versus MBI. It’s not even close.

Don’t have 20 minutes to watch the video? Here’s how it works: A low dose of gamma rays (yes, they’re aware of the potential danger and have minimized the risk) captures molecular behavior inside the breasts, rather than trying to take a stagnant picture through obscuring material.

So, if you’re tallying benefits, MBI is reportedly:

For those of you who followed my initial mammogram and follow-up scares last year, this is a big deal to me. I left those appointments very unsure of the results, and I promised Sue I’d do everything in my power to stand guard against this disease that took her as well as my grandmother (in her forties no less).

Here’s what I’m doing—and if need be, you can, too.

I went to my OBGYN, asking her for a referral to a local medical facility that’s offering this new technology. After some digging and phone calls, they determined that, at least my case, insurance wouldn’t cover it unless tumors were already discovered, which seems asinine to me…

I can, however, get it done and pay out of pocket, which I might.

If you’re interested in finding an MBI center near you, this is how I found the one near me. It lists all of the places currently offering MBI (also called Breast-Specific Gamma Imaging or BSGI) across the U.S.

Living is worth asking and demanding, don’t you think?

5 thoughts on “Every Woman Needs to Know This”